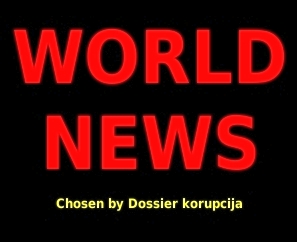 On this page you can read the recent news from some world media. News is in English language.

Zelensky condemns Kissinger idea for negotiations with Russia as 1938-style appeasement
• 'They're afraid of us': Ukrainian soldier describes taking down Russian helicopter
'They're afraid of us': Ukrainian soldier describes taking down Russian helicopter
On day 90 of the invasion of Ukraine, CNN's Nick Paton Walsh is on the front lines near Kharkiv, where active shelling is taking place miles away.
25.05.2022 - 07:56
Texas gunman sent chilling messages online just before school shooting
What we know about the victims at Robb Elementary School
26.05.2022 - 09:35
Too young to buy a beer, old enough to buy a gun: A look at the nation's gun laws
CNN's Nick Watt looks at gun laws across the United States and why some are calling for new legislation to stop the violence.
25.05.2022 - 22:38
Beto O'Rourke confronts Texas governor during news conference about school shooting
Texas Democratic gubernatorial nominee Beto O'Rourke confronted Texas Republican Gov. Greg Abbott and other officials on Wednesday as they tried to provide updates on Tuesday's deadly shooting at an elementary school in the state.
26.05.2022 - 03:17
Eleven newborn babies die in Senegal hospital fire
Eleven newborn babies have died after a fire that broke out in the neonatal department at the Mame Abdou Aziz Sy Dabakh Hospital in the western Senegalese city of Tivaouane, said the country's president Macky Sall on Thursday.
26.05.2022 - 08:27
Trump reacted with approval to 'hang Mike Pence' chants from rioters on January 6
A former aide to Trump White House chief of staff Mark Meadows told the House January 6 committee that then-President Donald Trump had suggested to Meadows he approved of the "hang Mike Pence" chants from rioters who stormed the US Capitol, two sources familiar with the matter told CNN.
25.05.2022 - 23:53
Hear what Republicans say on possibility of gun reform
Despite recent mass shootings, Republicans on Capitol Hill suggest gun reform laws won't prevent mass shootings. Former GOP Congressman Will Hurd disagrees.
26.05.2022 - 01:14
China plays for influence in South Pacific with security proposal and diplomatic tour
China has proposed a sweeping regional security deal with a number of Pacific Island nations, according to documents seen by CNN, amid concern from the United States and its allies about Beijing's expanding reach in the region. p
26.05.2022 - 07:57

Monkeypox: First case confirmed in Wales
Public Health Wales confirms a case of monkeypox but says overall risk to the general public is low.
26.05.2022 - 09:37
Energy bills to be cut by hundreds as part of £10bn support package
The £10bn support package is expected to be largely funded by a windfall tax on oil and gas firms.
26.05.2022 - 09:31
Energy prices: What is a windfall tax and how would it work?
Labour are calling for a windfall tax on the profits of oil and gas companies.
26.05.2022 - 09:11
Cost of living: 'My daughter won't ask me for money for sanitary products'
A mother explains how she can't make ends meet as data suggests more people are struggling.
26.05.2022 - 09:04
Billionaire’s stake in BT faces security probe
The UK government is using new powers to investigate Patrick Drahi's 18% holding in the telecoms giant.
26.05.2022 - 09:00
Texas shooting: Police urged to enter school during attack, witnesses say
The gunman was inside the Texas school for between 40 minutes and an hour, officials say.
26.05.2022 - 08:56
Texas shooting: Uvalde tragedy opens painful memories for Sandy Hook parents
"Because it is so hauntingly similar to what happened at Sandy Hook School, it hit closer to home."
26.05.2022 - 08:41
Eleven newborn babies die in Senegal hospital fire
The fire is thought to have been caused by a short circuit at the hospital in Tivaouane, officials say.
26.05.2022 - 07:42
Man's double hand transplant is 'space-age stuff'
Steven Gallagher, 48, has a new lease of life after undergoing pioneering surgery last December.
26.05.2022 - 05:16
The Unseen Queen: New BBC film shows Royal Family's private family videos
An intimate look at family life, the documentary explores unique footage filmed by the Royal Family.
26.05.2022 - 05:16

'Putin must not win this war,' Germany's Olaf Scholz tells Davos
"We cannot allow Putin to win this war," the German leader said on the final day of the World Economic Forum (WEF). Russia's invasion of Ukraine has dominated talks in Davos, Switzerland.
26.05.2022 - 09:31
Ukrainian football during wartime: World Cup still on the horizon
Ukraine at the World Cup? Despite the war at home and months without a competitive match, the team and coach told DW of their determination to make it through the playoffs against Scotland and, potentially, Wales.
26.05.2022 - 09:27
Germany's dirty Colombian coal
Berlin wants to reduce its reliance on Russian coal by importing more from the biggest open-cast coal mine in Latin America. Its poor environmental and human rights standards have earned it the nickname "The Monster."
26.05.2022 - 09:20
Namibia pitches green hydrogen to Europe at Davos
With the European Union looking to ditch Russian oil and gas, the African country says it could not only help bridge the gap but also bolster the bloc's green push thanks to abundant sunshine and high wind speeds.
26.05.2022 - 06:19
Ukraine's Zelenskyy dismisses calls to cede land for peace — live updates
The Ukrainian president slammed a recent suggestion by former top US diplomat Henry Kissinger to give up territories to Russia for the sake of peace, saying such calls don't consider "ordinary people." DW has the latest.
26.05.2022 - 04:02
Senegal: 11 babies killed in hospital fire
A preliminary investigation revealed that a short circuit triggered the fire, which killed 11 newborn babies in Tivaouane. This comes a month after four babies died in a similar incident.
26.05.2022 - 03:53
Pakistan deploys army amid pro-Imran Khan march
Thousands of supporters of ousted Prime Minister Imran Khan arrived in Islamabad after the Supreme Court allowed a major rally that the government had tried to ban.
26.05.2022 - 02:01
VW pays millions in 'Dieselgate' settlement in Britain
The Volkswagen Group has reached an out-of-court settlement in the UK to compensate some 91,000 drivers over the diesel emissions scandal that engulfed the company in 2015. It will cost VW well over €200 million.
25.05.2022 - 23:55
Texas shooting: Biden says Second Amendment on guns 'not absolute'
The killing of 19 children and two teachers in a school shooting in Uvalde has sparked a nationwide debate on gun control. President Biden said the constitutional right to own weapons "is not absolute," and never was.
25.05.2022 - 22:56
Turkey threatens to stall Sweden, Finland in NATO talks
Turkey says it will stall the process of Sweden and Finland joining NATO if the Nordic nations fail to address its security concerns. The two countries applied to be members in the wake of Russia's invasion of Ukraine.
25.05.2022 - 19:08

Will the next iPhone charge wirelessly?
The days of plugging in an iPhone to charge won't last forever.
13.02.2017 - 19:42
How 'America First' could turn into to 'India First'
Nandan Nilekani, co-founder of one of India's biggest outsourcing companies, says an H-1B visa crackdown would ultimately hurt the U.S.
13.02.2017 - 19:20
Mexico ready to retaliate by hurting US farmers
Mexican Senator Armando Rios Piter told CNN that he plans to introduce a bill this week that would stop Mexican purchases of American corn.
13.02.2017 - 17:37
Stocks hit record again. Is Trump the reason?
The market is at all-time highs and many say Trump is the reason. But stocks were rallying when investors thought Hillary Clinton would win. Janet Yellen and the Fed may deserve more of the credit for the market's move.
13.02.2017 - 17:35
Apple stock nears record high
Apple stock is less than $1 away from its all-time high amid renewed optimism for the iPhone.
13.02.2017 - 17:24
America's NAFTA nemesis: Canada, not Mexico
President-elect Donald Trump focuses his criticism of NAFTA on Mexico. But Canada and America have a rocky trade history too.
13.02.2017 - 16:59
Verizon's plan: Consumers win, investors lose
Verizon has decided to bring back unlimited data plans. But while that's great for its subscribers, it's awful news for investors. It's another sign of how brutally competitive the telecom business is. And it's hurting Verizon's stock.
13.02.2017 - 16:32
Tesla will sell electric cars in the Middle East
The automaker announced Monday that its first official venture in the oil-rich Middle East will be in the United Arab Emirates.
13.02.2017 - 16:18
Trump brand takes another hit
Sears Holdings, the company that owns retail stores Sears and Kmart, said this weekend that it would remove 31 Trump-branded items from its website.
13.02.2017 - 16:07
Swiss voters reject corporate tax overhaul
Read full story for latest details.
13.02.2017 - 15:45

SoftBank and Toyota want driverless cars to change the world
Softbank and Toyota are partnering on an effort to use autonomous vehicles and other technologies to change the world of transportation.
04.10.2018 - 09:27
7 things to know before the bell
Read full story for latest details.
04.10.2018 - 09:10
All eyes on Congress as vote on Kavanaugh draws near
The lead story for Thursday's morning shows: The impending vote to advance Brett Kavanaugh's nomination to the Supreme Court.
04.10.2018 - 04:47
Aston Martin falls 5% in its London IPO
Aston Martin is joining the ranks of listed automakers with an IPO that values the British company at more than $5 billion.
04.10.2018 - 03:54
The Toys 'R' Us brand may be brought back to life
Bankrupt toy retailer tells bankruptcy court it is looking at possibly reviving the Toys 'R' Us and Babies 'R' Us brands.
04.10.2018 - 03:54
It's getting a lot harder for global brands to win in China
Changing tastes and the challenge from new Chinese rivals are forcing US and European companies including Apple and Starbucks to adopt new strategies to succeed in the world's second biggest economy.
04.10.2018 - 03:47
Crypto companies are trying to cash in at a really bad time
The world's top makers of bitcoin mining technology hope to raise money from investors by selling shares in Hong Kong.
04.10.2018 - 03:47
Why it's time for investors to go on the defense
Howard Marks, co-chairman of Oaktree Capital, explains why investors should start treading lightly.
04.10.2018 - 03:28
Barnes & Noble stock soars 20% as it explores a sale
Barnes & Noble jumped more than 20% after it said it would review a sale of the troubled company.
03.10.2018 - 23:59
The internet industry is suing California over its net neutrality law
Broadband trade groups and the DOJ have filed lawsuits over California's days-old law protecting net neutrality.
03.10.2018 - 21:46

This is Us stars bid farewell with final flashbacks
The long-running US family drama concluded this week with some unexpected and emotional nostalgia.
26.05.2022 - 08:29
F1 legend Jim Clark's story becomes a musical
The show follows his remarkable journey from Berwickshire sheep farmer to global motorsport hero.
26.05.2022 - 05:11
Schoolgirl Disney glasses campaigner Lowri wins award
Lowri, 13, from Nottinghamshire, wrote to Disney asking them to create a heroine with glasses.
26.05.2022 - 05:08
Moonage Daydream: David Bowie taught me how to live again, says film-maker
Moonage Daydream director Brett Morgen on how David Bowie helped him to recover from a heart attack.
26.05.2022 - 00:11
Deborah James: Podcast host visits Chelsea Flower Show to see rose namesake
The podcast host gets a private tour of the Chelsea Flower Show to see the flower named in her honour.
25.05.2022 - 20:56
Kate Moss: Johnny Depp never pushed or kicked me
The model has testified via video-link for Mr Depp in a defamation case against his ex-wife Amber Heard.
25.05.2022 - 16:51
Kate Moss testifies that Depp did not push her down stairs
Model Kate Moss is asked in court about an incident from their relationship in the 1990s.
25.05.2022 - 14:45
Ewan McGregor on using Obi-Wan Kenobi memes
Hello there! The actor discusses the number of memes created about his Star Wars character.
25.05.2022 - 13:57
Katie Price admits breaching restraining order
The former model admits sending abusive messages to her ex-husband Kieran Hayler about his fiancée.
25.05.2022 - 12:02
Ricky Gervais defends 'taboo' comedy after backlash
The comedian's new Netflix special has been described as "dangerous", "anti-gay" and "anti trans".
25.05.2022 - 11:59 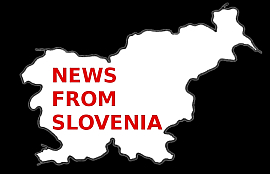 - News from Slovenian Media (in Slovene)